The past, present and future of the Indian Cinema in conversation with the legendary Kapoor couple —
Rishi Kapoor and his wife Nitu Singh Kapoor were in attendance at the Powrade Centre in Brampton.tiononversation 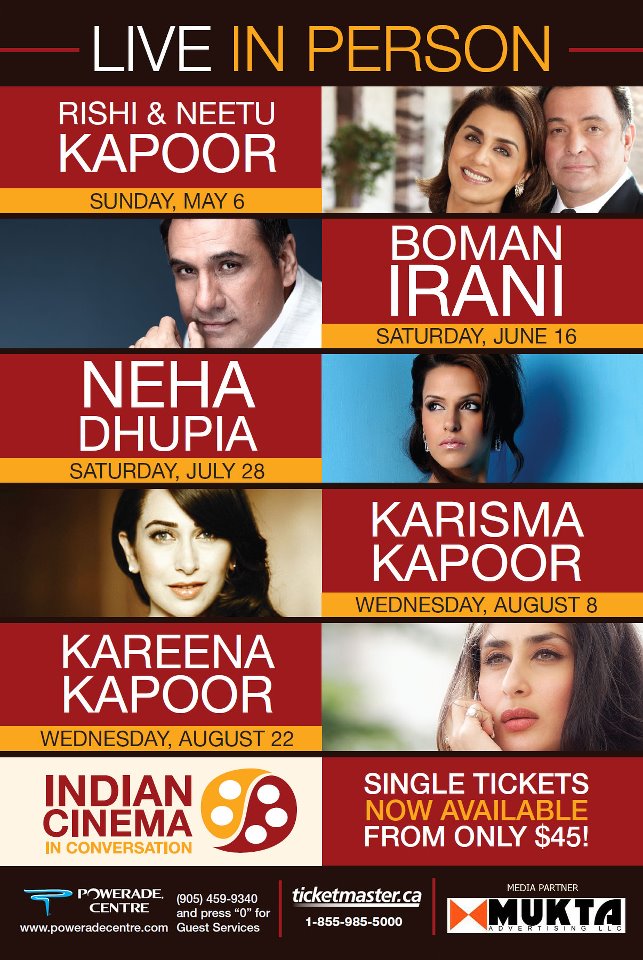 “Kapoor Family,” also called “The First Family of Indian Cinema,” with at least five generations of descendants over 93 years in the film industry. Numerous family members, both biological descendants and those married into the family, have had prolific careers as actors, film directors, and producers. “The Pioneer” founder of the dynasty was “The Patriarch,” Prithviraj Kapoor, who was the first member of the family to begin acting in movies with his 1928 debut film Do Dhari Talwar. He is known for the evergreen movie Mughal-e-Azam (1960), initially released in black-and-white, where he played the Mughal emperor Akbar. The film was re-released in full-color picture format with Dolby Digital sound on 12 November 2004. He was a pioneer of Indian theatre and the Indian People’s Theatre Association (IPTA). His son Raj Kapoor was the most influential actor and director in Hindi cinema. The genesis generation or the earliest linear generation of the Kapoor family tree to ever act in the films was Prithviraj Kapoor’s father, Basheshwarnath Kapoor. He debuted as an actor in the 1951 film Awaara, produced, directed, and starred in the lead role by his grandson Raj Kapoor.